The Nav1.7 voltage-gated sodium channel subtype is expressed in sensory and sympathetic neurons. According to gene knockout experiments, it was shown to be critical for pain perception. Namely, Nav1.7 is necessary for mechanical, thermal and neuropathic pain (1). Based on these findings, it has been hypothesized that the use of Nav1.7 blockers could represent valuable pain killers and many research programs have therefore been initiated to find suitable inhibitory compounds among which small molecules, peptides or antibodies.

Among natural peptides, ProTx-II, a 30 amino acids peptide constrained by 3 disulfide bridges, stands out as one of the most potent and selective blockers of this channel subtype. This peptide originates from the venom of the spider Thrixopelma pruriens and was described for the first time in 2002 (2). It rapidly became a reference compound for the study of Nav1.7 (3) thanks to its ability to potently block the channel with a high selectivity among other ion channel subtypes (the IC50 value for Nav1.7 is 300 pM compared to 41 nM, 79 nM and 26 nM for Nav1.2, Nav1.5 and Nav1.6, respectively).

Several research teams have also considered this peptide as a lead compound for the development of new analgesic compounds (4). Following ProTx-II, many other venom peptides have been described to be potent blockers of Nav1.7, such as Huwentoxin IV (5), GpTx1 (6), ProTx-III (7). Finally, activators of Nav1.7 have been discovered also, such as OD1 (8).

Besides venom peptides, anti-Nav1.7 antibodies are widely used for immunohistochemistry or immunofluorescence. However, antibodies are less efficient in detecting native ion channels in living cells as they are generally raised against antigens that are not presented in their correct native ion channel conformation. Also, these antibodies have, generally speaking, low functional value in that they are not designed to affect the properties of the channel. Knowing that Nav1.7 toxins recognize specifically the native structure of the channel, Smartox has decided to develop a range of ProTx-II derivatives that allow replacing efficiently anti-Nav1.7 antibodies. Smartox Biotechnology has developed fluorescent- and affinity-tagged versions of its synthetic ProTx-II. All these peptides are active on Nav1.7, with, in some cases, a slight reduction in affinity, but no observed change in selectivity:

These peptide versions, modified according to Smartox proprietary procedures, have demonstrated potent blocking activity of the Nav1.7 channel. Affinity-tagged versions can possibly be used for purification of Nav1.7 expressing cells or solubilized Nav1.7, and for immunohistochemistry in complement with secondary anti-6xHis or anti-biotin. Fluorescent versions can possibly be used in confocal or biphoton microscope imaging as well as flow cytometry for counting or sorting of Nav1.7-expressing cells. 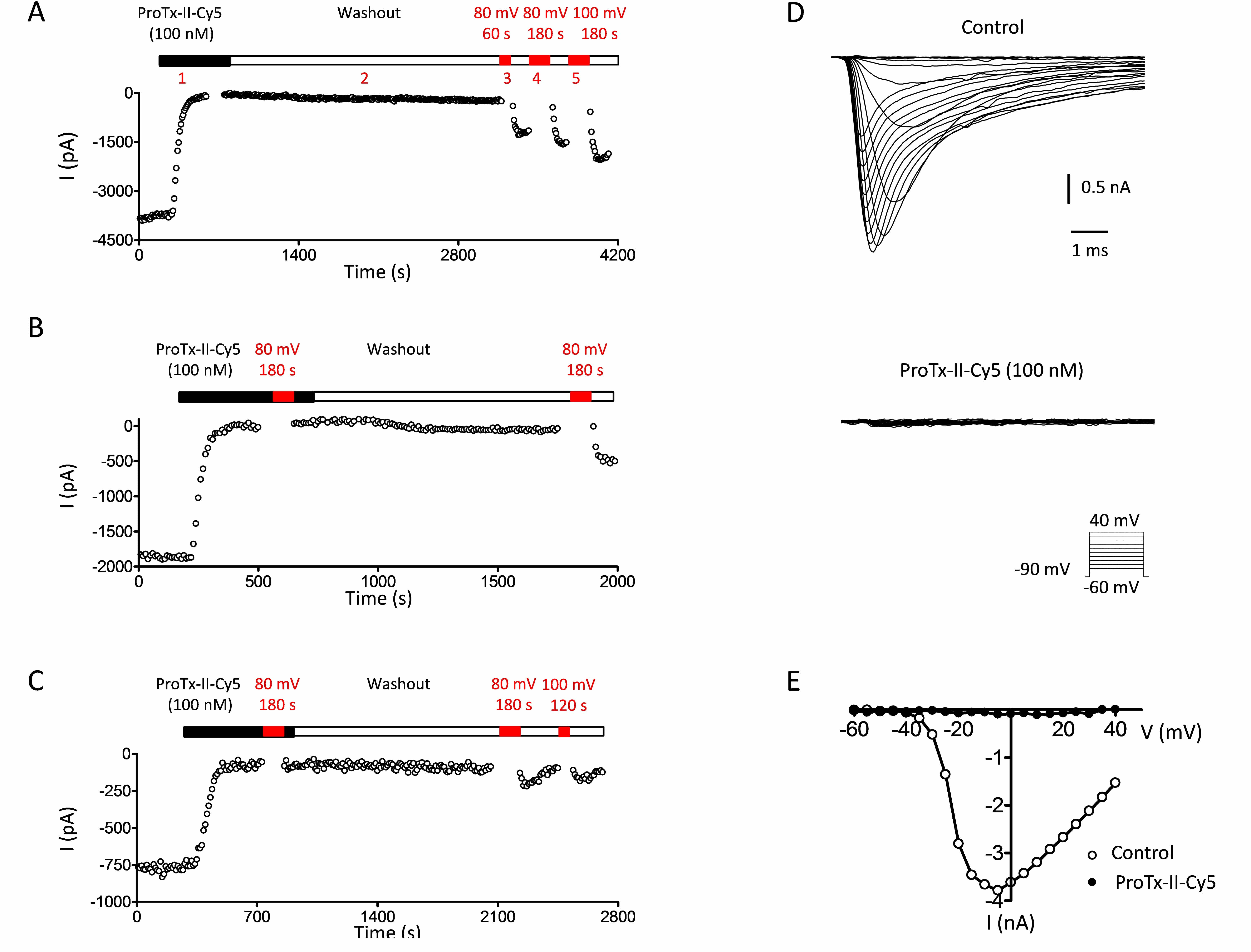 Other unique modified toxins are available at Smartox:

Smartox Biotechnology is specialized in peptide research and engineering. The company is focused on the discovery and the synthesis of peptides coming from animal venoms. Venoms contain hundreds of bioactive peptides including membrane receptor modulators (ion channels, GPCRs…) or anti-microbial peptides. Venom peptides have already demonstrated valuable properties in various therapeutic areas such as pain, autoimmune disorders, cancers or cardiovascular disorders. Smartox offers synthetic peptide toxins for research and runs drug discovery programs based on its venom peptide library.
www.smartox-biotech.com